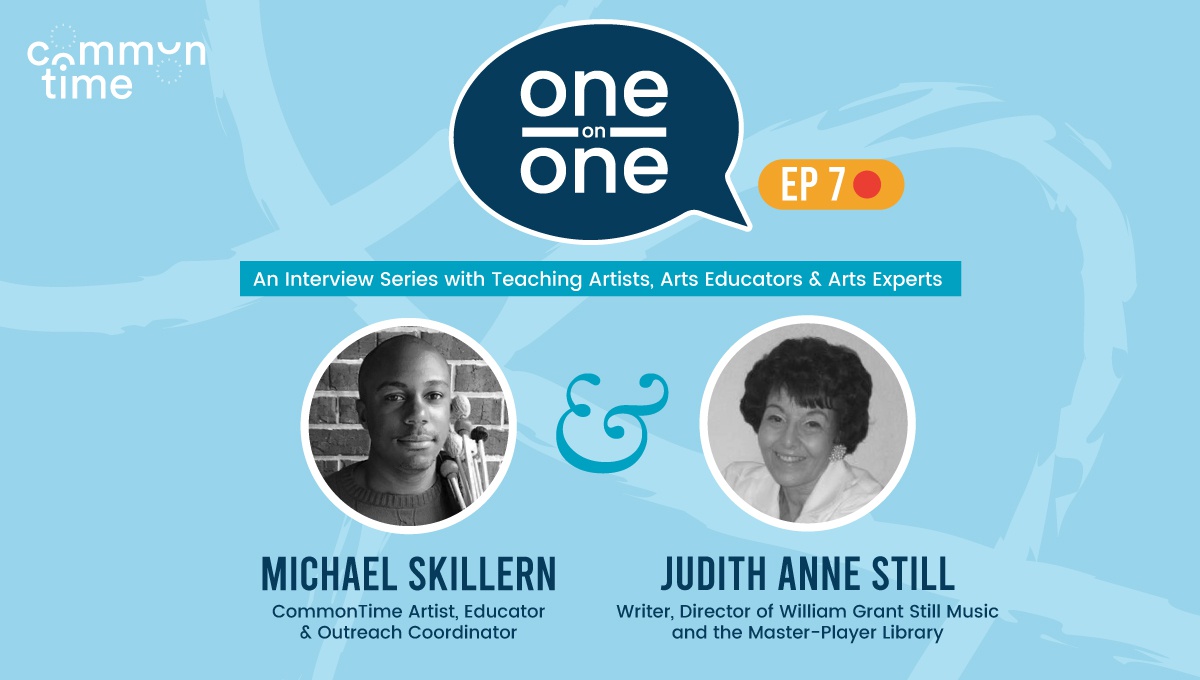 In this episode of CommonTime 1-on-1, Michael interviewed writer and publishing CEO Judith Anne Still, the daughter of famed African-American composer William Grant Still. William Grant Still's expansive body of work in jazz, arranging, movie scoring, and composition makes him one of the greatest American composers. After the New York music establishment tried to discredit his career following the release of his Opera ‘Troubled Island,’ Judith saw visions which called her to resurrect his name. She happened upon hundreds of manuscripts, mostly unreleased, and set out on what has now become a forty-year journey toward bringing her father’s name and his music back to its rightful place among the American masters.

Judith speaks with Michael at length about her father's controversial interracial marriage, his navigation of a white-dominated music field at the height of racial tension in the United States, and the beauty and social harmony that he preached through his music. She spoke of her father’s extrasensory visions, and his time working with famed members of the Harlem Renaissance. Her story is the continuation of a legacy of greatness. In this interview, Judith inspires, speaks truth, sets the record straight, and reflects on her past.

Watch the full interview below!

CommonTime is immensely grateful to Judith for her time. Visit williamgrantstillmusic.com to access all of William Grant Still's published compositions.